The Green New Deal is a plan to transform our economy, secure a liveable climate, and build a more just society in the process.

We can’t sit back and rely on politicians or corporations to deliver the massive change we need by themselves. It is up to us to build a movement that can shift the balance of power, and to force political action at every level.

Following the Global Climate Strike, we’ll be working with a new group of young leaders to seed campaigns in towns and cities across the UK.

Sign up to show your support for the Green New Deal, and be kept in the loop with the campaign >>

Over the next 6 months, we will train and mentor a new group of young leaders to work for a Green New Deal in their communities. We will also work to bring thousands of people out on the streets to join the Global Climate Strike and launch our call for a Green New Deal on September 20th.

Our vision for a Green New Deal in the UK:

Read more about the campaign in our blog >>

Thank you for joining the call for a Green New Deal in the UK!

If you haven't already, check out our blog outlining the ideas behind our vision, and the next steps in the campaign. 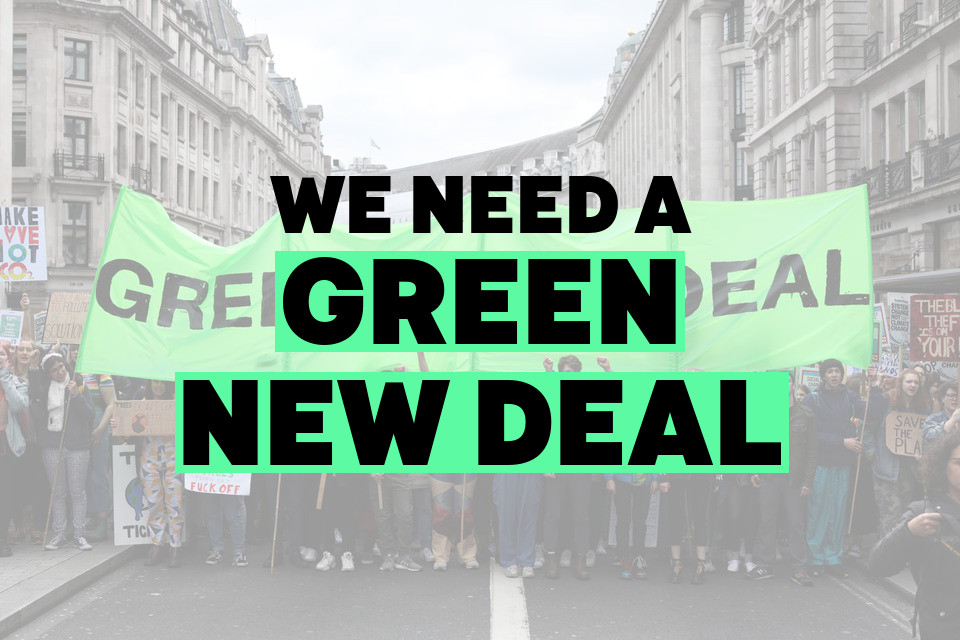 We need a Green New Deal

Sign now and join our campaign for a Gren New Deal for the UK: we have ambitious things planned! >>