Climate change is real, dangerous, and happening now. Not asking about it during a Presidential debate is a moral and political failure of the highest order.

If the Presidential debates won't take climate change seriously, we must do it for them. Join us! 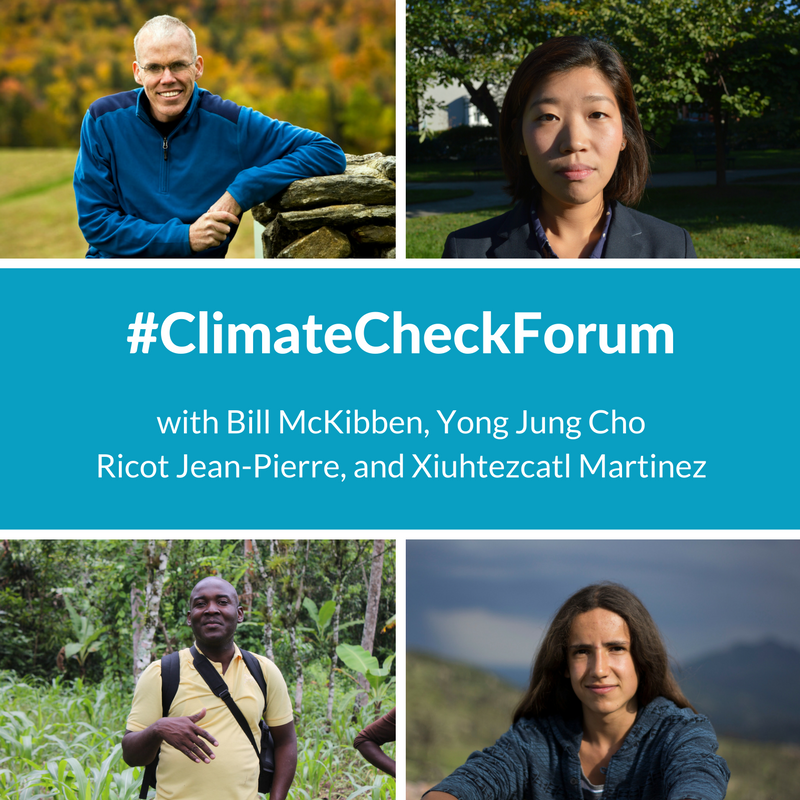 Building new fossil fuel infrastructure now is dangerous and amounts to climate denial. Both candidates -- but especially the one who says they believe in climate change -- should be opposing coal, oil and gas, and standing with folks like those fighting Dakota Access to stop new fossil fuel development, and rapidly transition to 100% renewable energy.

This country -- actually, this entire planet -- deserves a real climate debate. If the candidates won't have it, we will.

Bill McKibben is a founder of the grassroots climate campaign 350.org and the Schumann Distinguished Professor in Residence at Middlebury College in Vermont.

Ricot Jean-Pierre has worked since 1997 as the Director of Programming at PAPDA - the Haitian Platform to Advocate Alternative Development, a coalition of nine Haitian organizations working together to promote the emergence of a new Haiti, through its diverse thematic areas, including external debt, food sovereignty, participatory democracy, climate justice and solidarity economy.

Xiuhtezcatl Martinez (his first name pronounced ‘Shoe-Tez-Caht’) is a 16 year old indigenous climate activist, hip-hop artist, and a powerful voice on the front lines of a global youth-led environmental movement. He is a plaintiff in a lawsuit against the Obama administration for their failure to protect the atmosphere for their future.

Yong Jung Cho is a leader with #AllofUs2016, a new multi-racial millennial movement confronting racist Republicans and Wall Street Democrats. Yong Jung was the campaign coordinator for 350.org where she managed 350 Action's birddogging campaign during the presidential primary season.