Tell the ALP to stop coal destroying the Reef 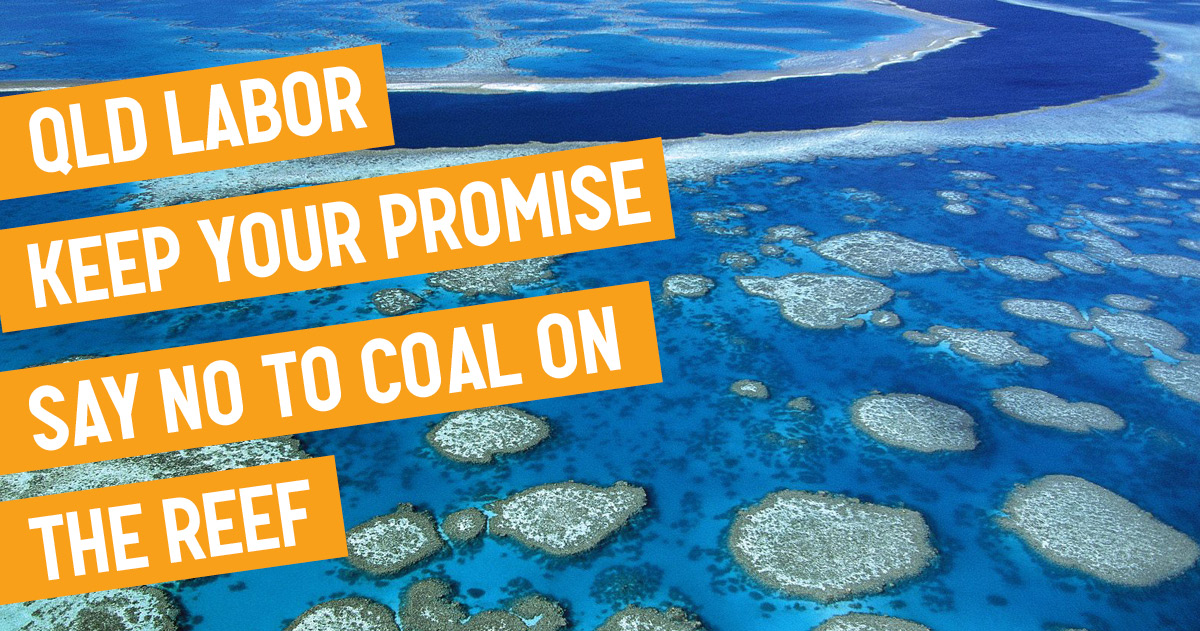 With the landmark election result in Queensland we have one of the best opportunities we’ve ever had to stop the world’s largest coal port being built on the Great Barrier Reef.

Campbell Newman was pressing ahead with plans to build the world’s largest coal port at Abbot Point on the Great Barrier Reef. Abbot Point would provide a gateway for coal companies to unlock nine new mega coal mines in the Galilee Basin that would triple Australia’s carbon emissions and devastate the Reef.

The incoming Labor Government has promised to cancel subsidies for the companies constructing the new mines as well as ruling out funding for Indian coal mining company Adani to dredge the Great Barrier Reef. But they have stopped short of saying they will end these projects all together.

Call on the ALP to protect the Reef against these devastating new coal projects now!

It’s hard to overstate the impact that these new mines will have on the climate. If the Galilee Basin were a country, the carbon dioxide produced from burning this coal would make it the seventh dirtiest fossil fuel burner on the planet. This is make or break for the climate.

Send a message calling on the ALP to plot a safe path forward for Queensland and the Great Barrier Reef by stopping these damaging new coal projects.