Kick polluters out of COP26!

If you are to deliver, as COP26 President, your claims of climate ambition and leadership, we call on you to:

Kick the Polluters Out of COP26.

In November 2021 the UN climate talks will be in Glasgow.

The UK government have said they want companies who are ‘driving positive change and innovation towards a lower carbon world’ to sponsor the negotiations.

But it’s just been revealed that big Fossil Fuel companies like BP and Shell are trying to get their logos in the picture, and what’s worse it looks like the summit organisers are seriously considering it.

Big polluters have no place at the climate talks or in our future. We can’t allow these companies to greenwash their image or try and influence these essential negotiations.

Demand that Alok Sharma, President of COP26, kicks big polluters out of COP26.

Thank you for adding your name! 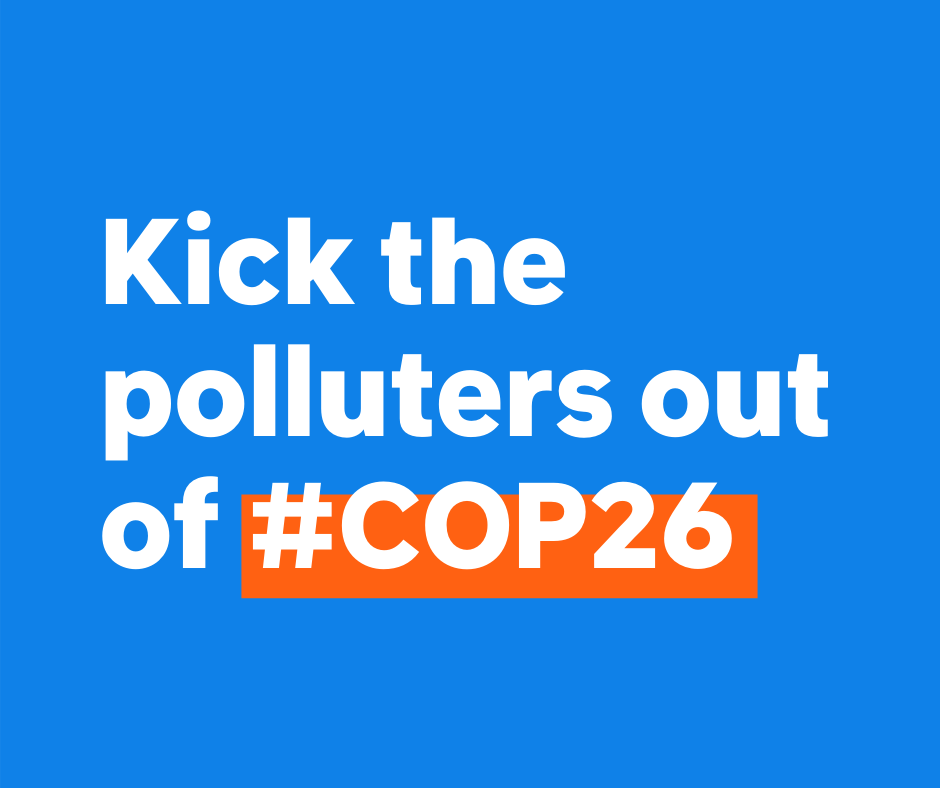 Kick polluters out of COP26!

Keep Fossil Fuel companies out of the UN climate talks. Ensure that no big polluters - or companies facilitating other forms of environmental destruction - are included as sponsors of the COP.