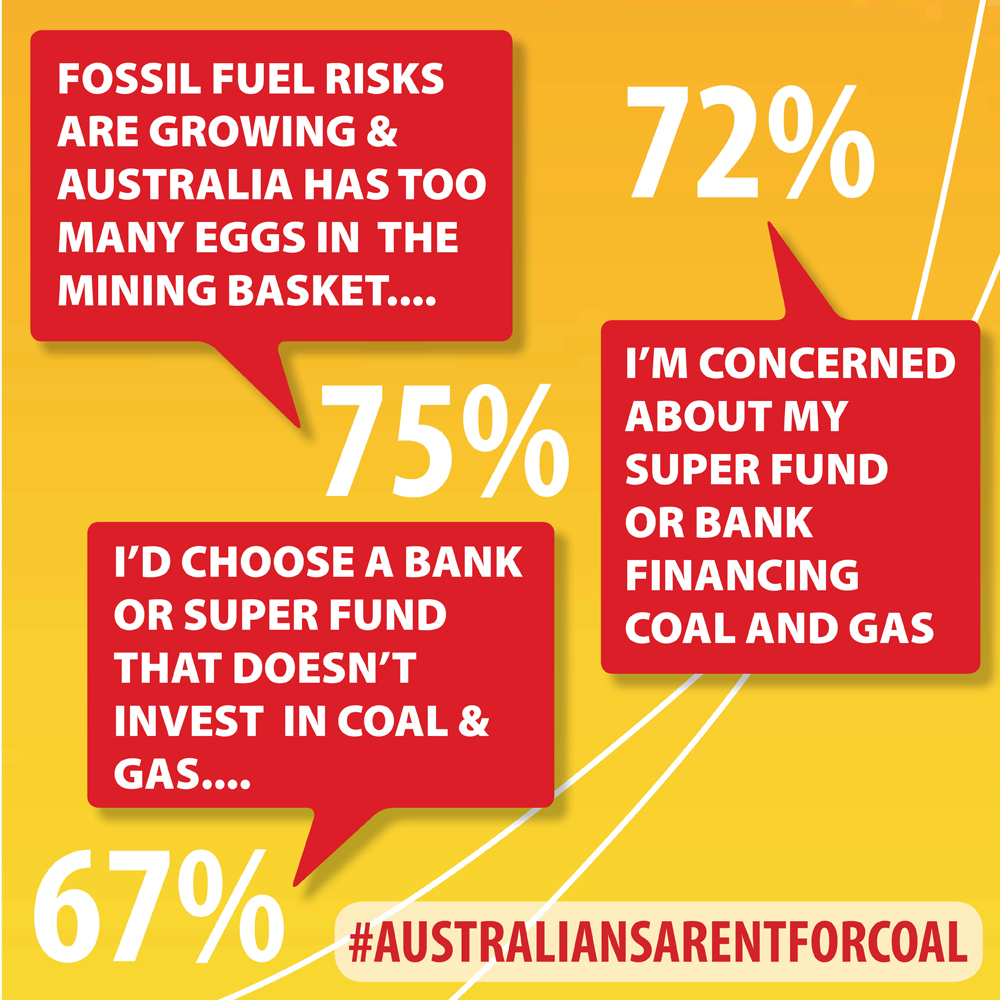 It's been less than a year since Australia’s divestment movement kicked off but already over two thirds of Australians agree they’d choose a bank or super fund that doesn’t invest in fossil fuels over one that does.

Lonergan Research asked Australians what they thought of fossil fuel investments. Here’s how they responded…

67% of Australians agreed they’d choose a bank or superfund that doesn't invest in fossil fuels over one that does and 78% agreed that super-funds should offer fossil free products. This is a marked increase in the 25% of Australians who said they’d switch funds as part of The Australia Institute and Market Forces survey last year.

76% of Australians agree the risks associated with fossil fuel investments are growing and 75% agree that Australia has too many eggs in the mining basket.

Sign our open letter to Australia’s largest banks and super funds to show that you’re part of the majority that wants Australia to move beyond fossil fuels, then invite your friends and family to join you by clicking here.

It's time to tell the people managing our money that we don't want it financing fossil fuels!