Divest in time for Paris

Whilst local councils, churches, superannuation funds and thousands of Australians get with the times and ditch their investments in coal, oil and gas, Australia’s universities are dragging their heels.

With world leaders preparing for the UN climate negotiations in Paris this November and December, it is more important than ever that our universities show climate leadership where our government is so reluctant to.

As more thought leaders like universities move their investments away from fossil fuels and call for the same transition to take place across our economy, the harder it will become for our new Prime Minister to continue in Tony Abbott’s fossilised footsteps.

By divesting from fossil fuels, universities can help raise the bar of political ambition on climate action, creating room for legislation that is in line with the climate science --something that Australia desperately needs.

Write to Australia’s Vice-Chancellors today to make sure our universities liver up to their role as thought leaders by divesting from fossil fuels in time for the UN climate negotiations in Paris. 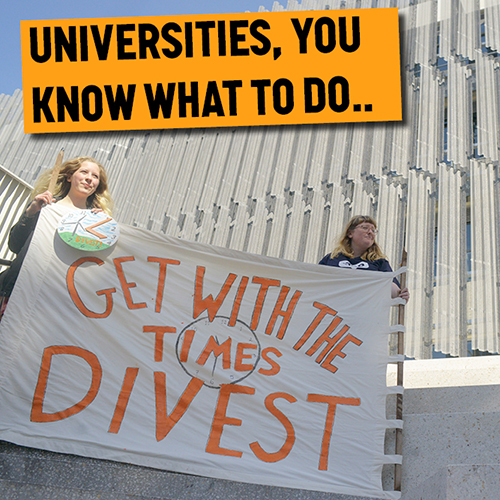