We will not let this coal mine go ahead

BREAKING: Our Government is preparing to hand $1 billion in taxpayer funds to Adani’s proposed mega Carmichael coal mine. Sign here to tell our Resources Minister that you don’t want your money cooking the climate and wreck the Reef.

Our Government has just given conditional approval for the taxpayer-funded Northern Australia Infrastructure Facility (NAIF) to hand mining giant Adani $1 billion to build a rail line connecting their proposed Carmichael mega coal mine to the port of Abbot Point.

This decision marks yet another climate atrocity by our Government, who have turned the NAIF into a taxpayer slush fund for the big polluters. These funds would be the first payout from the NAIF, straight to the polluters, despite the real infrastructure needs of Northern Queensland.

The NAIF should be used to invest in clean energy which will protect the climate and provide far more jobs into the future than the Carmichael mine ever will. 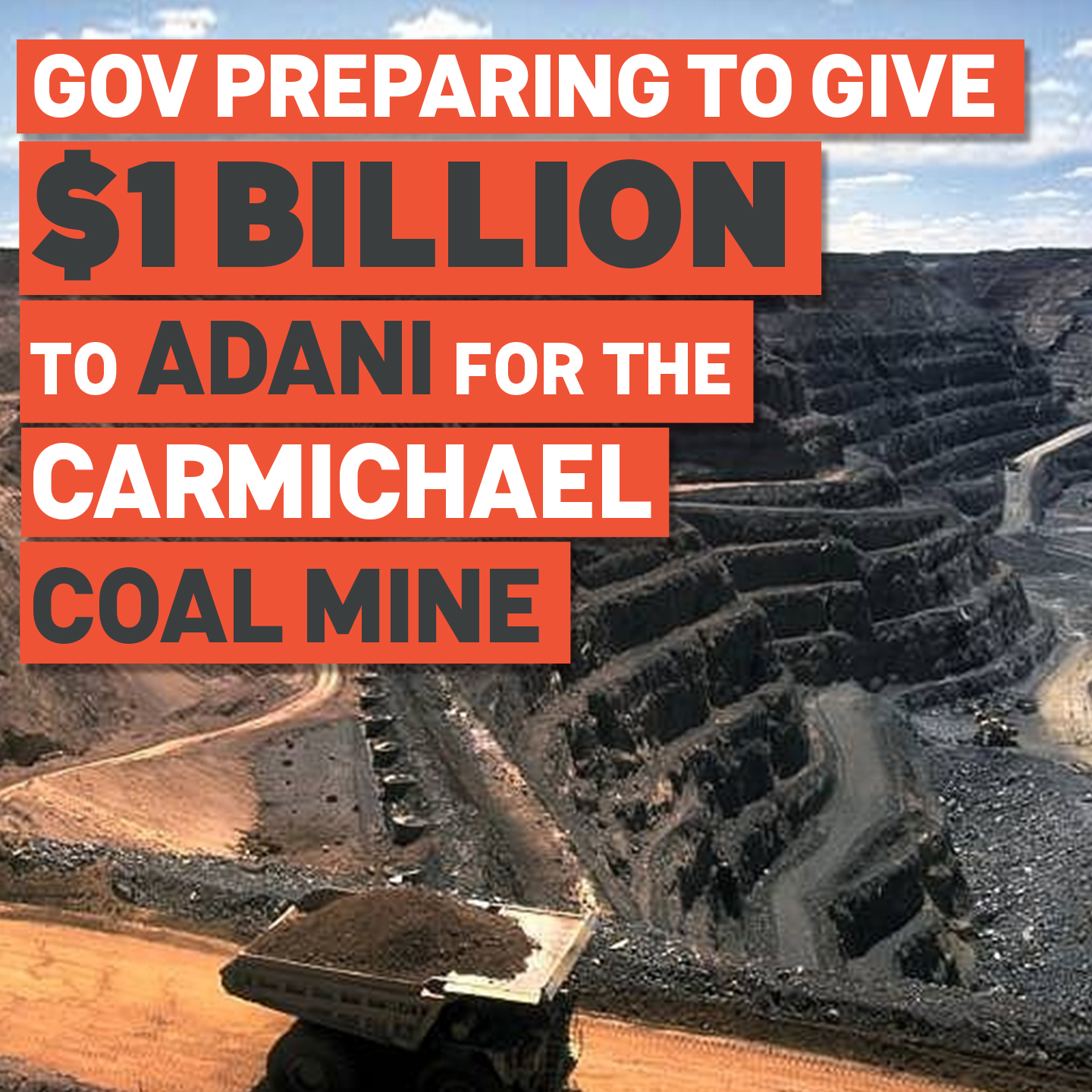