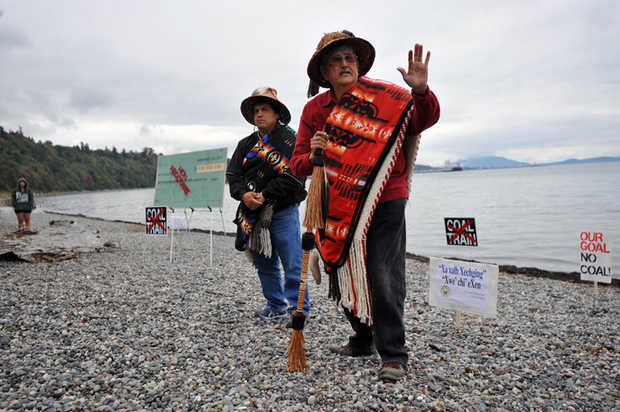 The Lummi people’s way of life is under attack by a proposed coal export terminal at Cherry Point in Northwest Washington. If built, it would be the largest in North America -- threatening waterways, public health, and our climate.

The Cherry Point coal export terminal would devastate fishing grounds that support hundreds of family businesses, provide thousands of jobs, and are a vital part of Lummi cultural heritage. The Lummi Nation has requested that the US Army Corps of Engineers deny the permit to build the coal terminal, because the impacts to tribal fishing are too great and cannnot be mitigated. Approving the permit would be a violation of their treaty rights.

If the Army Corps chooses to honor the Lummi Nation's treaty rights, it could stop the Cherry Point project in its tracks. And if we can bring enough public pressure to bear, they might do just that.

We have just a tiny window of time to tell our representatives to do the right thing, since the Army Corps could make a decision as early as this week. Let's tell our leaders -- our Congressional representatives, our Governor, and the Commissioner of Public lands -- that they have a responsibility to both the Lummi Nation and the public.

Stand with the Lummi Nation and send your letter today.