Tell the AFR to stop the climate cover-up! 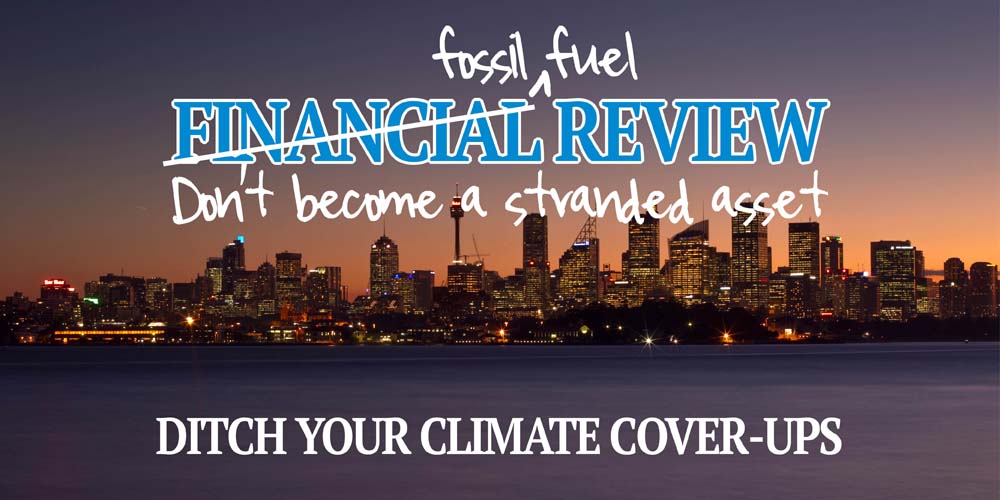 Four weeks ago, the Australian National University announced it was selling $16 million of shares in two fossil fuel companies and five other mining companies. What happened next was bizarre in the extreme.

The Australian Financial Review (AFR) went into over-drive, dedicating a month of breathless coverage to attacking ANU’s small decision. Opinions plastering its pages said the ANU’s decision was ‘bizarre’, ‘stupid’ and ‘simplistic’. The AFR has now published over 53 stories and 30,000 words, and front covers most days.

Smart people know that the world needs to leave most fossil fuels in the ground. They know already a huge transformation is underway, disrupting old energy and risking hundreds of billions of dollars in assets. Yet the AFR’s readers are getting hysterical coverage about $16 million in shares being divested from fossil fuels.

The AFR is free to relinquish its reputation as an unbiased media outlet, but when it goes after divestment leaders it must be held to account. Sign our open letter to show the AFR that thousands of Australians have had enough of their biased coverage.