In a few weeks, France will be hosting the UN Climate Summit (COP21).

The government, the President and UN officials have said again and again that the fight against climate change concerns everyone. They often point out that the mobilisation and actions of the climate movement are essential. However, the movement is not yet welcome in Paris.

The government is not doing anything to facilitate participation from the many thousands of people who want to answer the call of the Climate Coalition and are planning to come to Paris. People will be coming from around the world, especially from communities that are the most impacted by climate change.

While the fossil fuels, coal and gas lobbyists will be free to roam around the corridors of the negotiation center, civil society organizations receive no support, either for visas or collective accommodation.

The government has said several times it would allow this participation, and even support it. But it has only given 150,000 euros to the Climate Coalition, when in 2009 in Copenhagen, the danish government had given 2,2 millions Euros to civil society organizations. 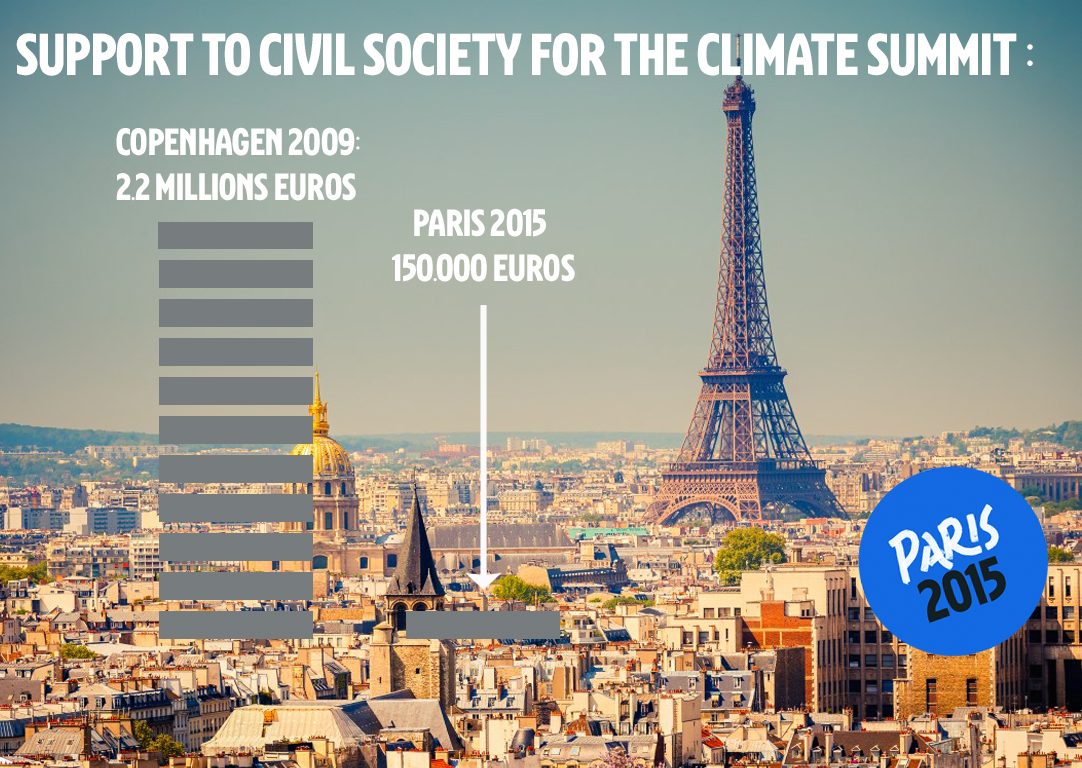 The French government is in fact choosing to silence civil society.

But we won’t let that happen. Actually, the government actions are reinforcing our determination in making our voice heard.

Let’s make some noise right now, to expose the government actions and make sure it allows thousands of civil society representatives to participate in the mobilisations organized in Paris during the COP.