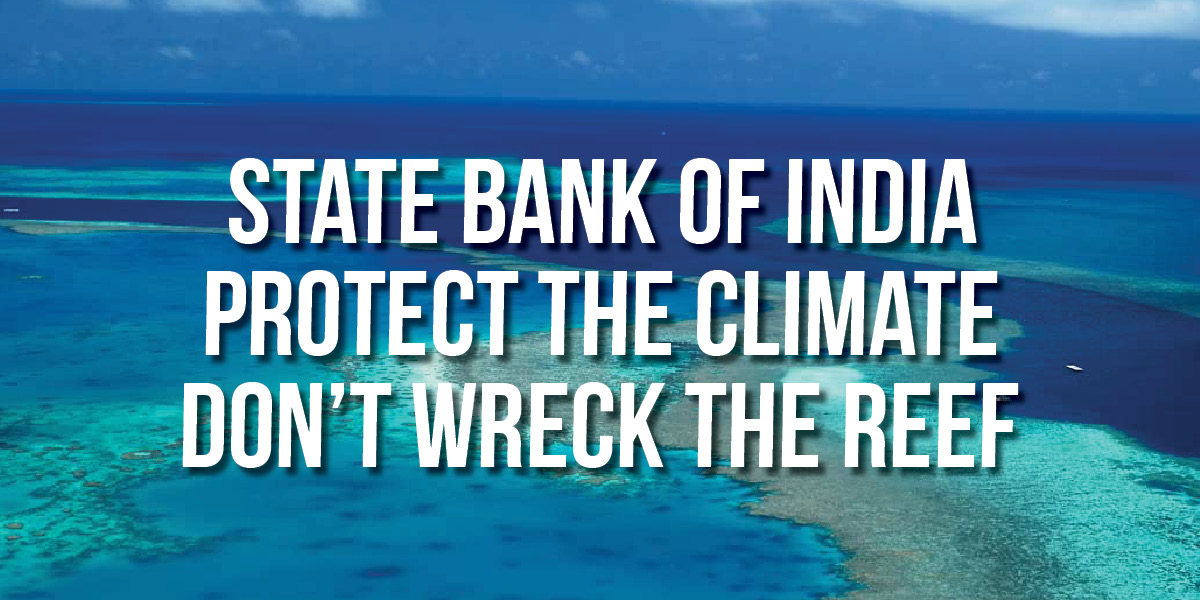 India’s largest bank just agreed to finance Australia’s largest new coal mine. Tell them to get out of this disastrous deal today.

The State Bank of India (SBI) has just signed a Memorandum of Understanding to lend $1 billion to the Indian power giant Adani for its Carmichael Coal mine - the largest of 9 proposed mega coal mines in Queensland’s Galilee Basin.

Unlocking the Galilee Basin will cook the climate, wreck one of the world’s most treasured natural icons - the Great Barrier Reef - and lock India into decades of dirty expensive coal.

But this deal is far from sealed. SBI’s agreement with Adani is not legally binding and already the Indian Stock Exchange is questioning the financial viability of the deal. Help us urge SBI to get out now and join the growing movement of financiers saying no to new coal.

Already eight major international banks have ruled out involvement in these projects. That’s why Adani is so desparate to secure the funds it needs to go ahead. Adani knows the writing is on the wall and is trying everything it can to keep the Galilee project alive in the face of declining coal prices and mass public opposition to new coal.

Add your voice today - tell the State Bank of India to say no to financing mega Australian coal mines that will cook the climate, trash the Great Barrier Reef and perpetuate Indian energy poverty.