Commonwealth Bank CAN'T do this! 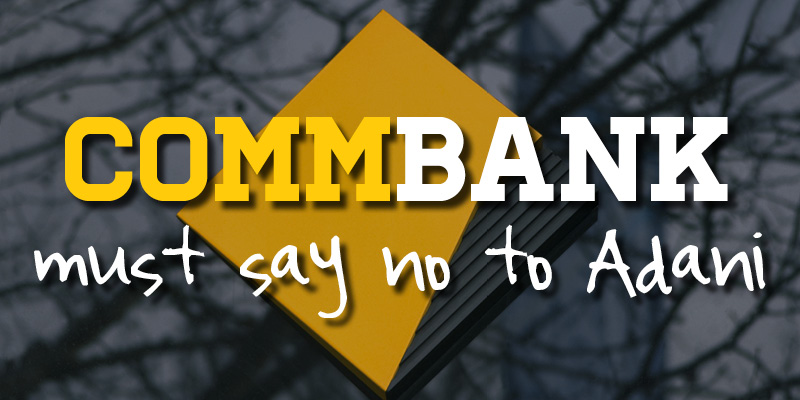 CAN you believe it? Last week, the Australian Financial Review named the Commonwealth Bank as an arranger for Indian mining giant Adani’s plan to build the world’s largest coal port on the Great Barrier Reef. The Bank is yet to confirm or deny the statement.

The Abbot Point coal port expansion would enable coal companies to unlock nine mega mines in Queensland’s Galilee Basin that will cook the climate and wreck the Reef.

Over the past 12 months, over 150,000 Australians have urged Commonwealth Bank to get out of fossil fuels and say no to Abbot Point. They’ve met with branch managers, taken out full page newspaper ads, asked questions at AGMs, shut their accounts and moved millions out of the Bank. Already eight major international banks have said no to Adani - they recognise how dodgy and damaging this crazy deal is.

But CommBank is not listening so we need to step things up - send a letter to CommBank today!

Commonwealth Bank is a major sponsor of the Great Barrier Reef Foundation. Their Chairman is on the Foundation’s Board. CommBank used to play a lead role in Reef protection. They say they take climate change seriously. So how come they’re working for one of the dodgiest power companies to unlock Australia’s biggest carbon bomb and irreparably damage the Reef?

Help us talk sense into CommBank – tell them they CAN and must say no to Adani today.