We did it. 1 million+ comments to stop the pipeline.

The comment period is now closed, but we hit our goal -- thank you to everyone who sent a message, shared and organized to flood the State Dept. with comments. Let's keep rolling! 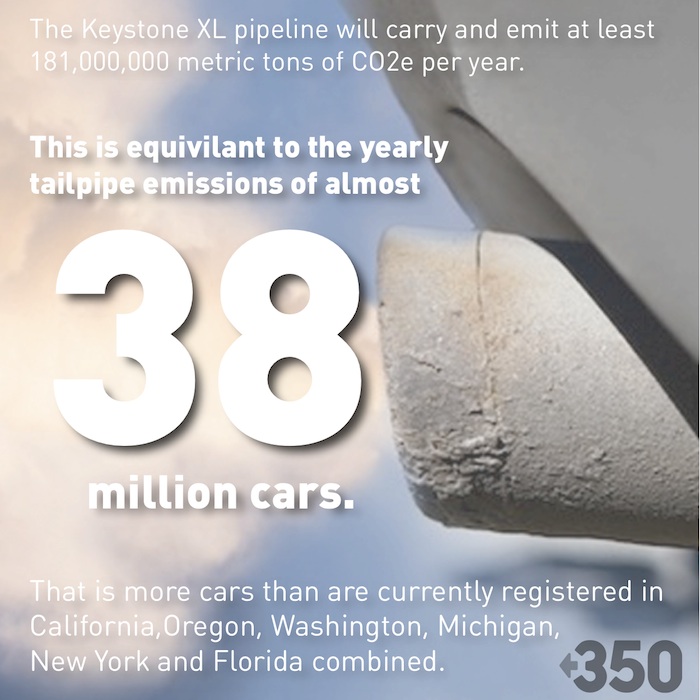 A new report shows that Keystone XL would carry 181 million metric tons of carbon dioxide equivalent, equal to 51 coal plants worth of carbon. Another way to put it: that's as much CO2 as 37.7 million cars to the road -- more cars than are currently driving in California, Oregon, Washington, Michigan, New York and Florida combined.