We Need a Fossil Free EIB

Our finance ministers are meeting this Friday 14 June as Governors of the European Investment Bank. This is a once-in-a-year event, and we must demand that they take a stand against the Bank’s dirty relationship with fossil fuels.

Just before their meeting, let’s make sure our ministers know that we care. Send a letter and help fill your minister's email inbox with our message: no more money to coal, oil or gas. We need a fossil free EIB now!

By selecting the country where you live, and clicking "Send your message" you will be sending your letter by email to your national finance minister.

The EU Bank is right now reviewing its energy lending policy - that’s an opportunity we can’t miss. If we can put the Bank’s leaders under enough public pressure to stop loaning money to fossil fuels, this could have a real impact on setting Europe and the world on the path to fight climate crisis.

The science is clear: we cannot afford to build any more fossil fuel-burning projects, if we are to have any chance of stopping the worst impacts of climate change.

But the EIB continues to use European taxpayers' money to finance the fossil industry, using clever exceptions and a narrative pointing to false solutions. Fossil gas is still a dangerous exception. As recently as early 2018, the Bank approved more than € 2.4 billion of financing to one of the most expensive and damaging gas projects of all times: the Southern Gas Corridor. Right now, we can help stop projects like that from ever receiving EU funding again.

The EIB is a public bank which lends the most money in the whole world, even more than the World Bank. With strong new energy lending rules, the Bank’s shift away from coal and gas, and towards more small-scale renewables and energy efficiency, could genuinely help set Europe on the right path to fight climate change.

The board of Governors holds a lot of power over the Bank’s direction and can influence the future policy of the EIB. The Bank’s Board of Governors is made up of national finance ministers - people delegated by their governments, and accountable to national voters. They don’t know yet that we care about something so obscure as a public bank’s lending policy - so we need to show them that we do, and we’re willing to fight for a fossil free EIB, and for a livable future.

The deadline has passed! You can still take action for a Fossil Free EIB here: https://act.350.org/sign/demand-fossil-free-eib/
Submit Share Donate

Thank you for adding to the pressure and sending a letter to your finance minister!

Share what you did and invite others to join you: 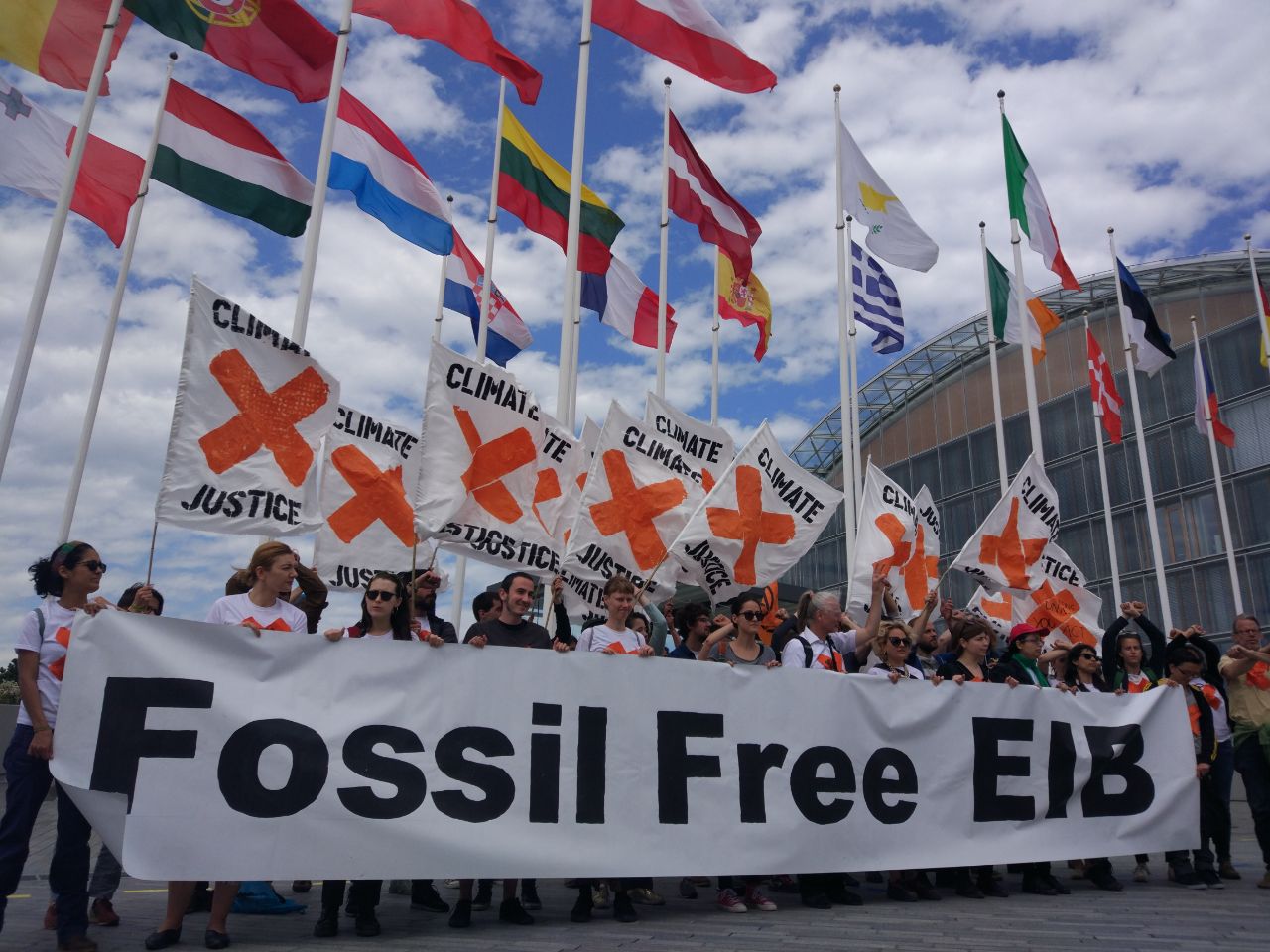 Send a message to your finance minister before their meeting this Friday 14 June as Governors of the European Investment Bank!